SAVE 50% ON ALL TRAINING PLANS

Chances are, you’ve seen plenty of warm-ups. At races, the gym, even professional sporting events. The purpose for these pre-event routines is to fundamentally change your physiological state in a way that will pay dividends later on in the activity or race.

Let’s start with why you should warmup before a workout or endurance event. The benefits include increased blood flow, an increased elevated baseline VO2, reduced muscle stiffness, and even psychological benefits.

It’s pretty basic: the more oxygen you can deliver to your muscles, the more power you can produce. Oxygen acts as the catalyst to produce energy, and the hemoglobin in blood acts as the oxygen transport. Hemoglobin can give off twice as much oxygen when blood is raised by 5 degrees Celsius, and a good warmup can raise muscle temperature by 6 degrees Celsius.

Huh? Gesundheit? OK, it’s a bit wonky but baseline VO2 in this context just means your normal, resting rate of oxygen use. When you warmup, it briefly raises your use of oxygen at rest, and that elevated baseline then extends into exercise. In other words, elevating your baseline VO2 just before intense exercise increases your ability to process oxygen during that activity.

Muscles are composed of two major protein filaments: a thick filament composed of the protein myosin and a thin filament composed of the protein actin. Muscle contraction occurs when these filaments slide over one another in a series of repetitive events (thank you, Google!). These two filaments start to “cuddle” when at rest, leading to stiffness and reduced range of motion. Warm-ups breakup the bonds between the filaments that occurred at rest, allowing you more easily shift into long or intense exercise.

An interview of 75 current and former Canadian Olympians reported that visualizing warmup improved their performance and mood. Of course, being Canadian, they were probably always in a good mood. Regardless, adding a warm-up routine to your training and racing can lead to the same psychological benefits, without changing citizenship. 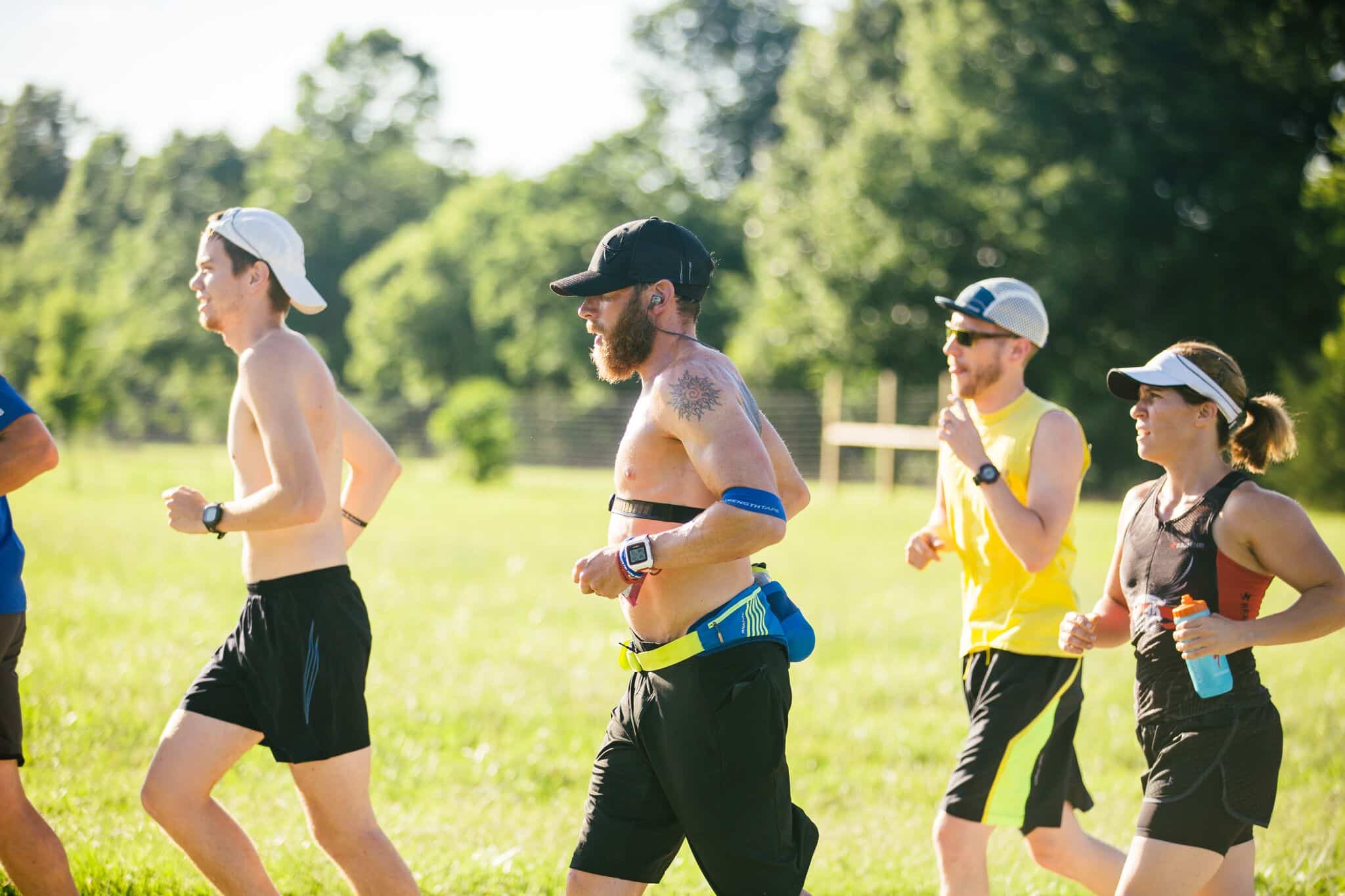 A warmup can be applied to both training and racing. It’s most useful before a race, or before you start intense or long intervals when training.

The goal of the warmup is to maximize the benefits listed above, without increasing the risk of unnecessary fatigue, core temperature, and energy stores. The warmup should be short enough to gain the benefits, but not so long that it causes other problems.

When Not to Warm-up

Sometimes, a warm-up does more harm than good.

The warm-up should consist of a…uh…a warm-up. Seriously, start the warmup with 10 minutes of easy jogging. Then, to really open up that oxygen transport run 3-5 intervals of 10-30 seconds close to sprinting with long, easy recoveries over another 10 minutes for a total warmup time of 20 minutes.

When racing, try to time the warmup to end no later than 30 minutes to the start of your event, the closer the better. For example, if you are a triathlete, perform this 20-miniute warmup maybe 30 minutes before the start of the race, get on your wetsuit, and continue the warmup in the water until just before the race start.