Livin’ On A Prayer

What a thrill it was to come back after 3 days (absolutely no connectivity where I was) and see James still going strong. His support team is just outstanding.

James is so close to the finish, and yet still so much is left to do. Sometimes, as I sit back and watch this unfold, it feels like the 505050 has unstoppable momentum, an inertia so large after 33 days that nothing can contain it. I too often take each day for granted, that he will simply finish. The truth is that this is a fight against entropy, against physical and mental decay.

Medical issues are starting to accumulate. Well, “medical issues” is not the correct term, more like physical ailments that might become medical issues. I worry what another 5 days of this will bring, but then I recall what he has already overcome and if anyone can tough these issues out, it’s James.

After a huge spike in elapsed time due to an exceptionally long bike on Day 30, James has had 3 straight days of decreasing times. His run today was the 10th fastest of the 505050. He specifically told me he “killed it” on the run this evening.

Maybe I put too much emphasis on this daily elapsed time chart (below), but it feels like the heartbeat of the 505050. When I see it start to creep up, I freak out. When I see it go down, I feel calm. The ramifications of an exceptionally long day have a cascading effect on James that is difficult to recover from. The benefits from those rare 13 hour days are significant.

James is still “negative splitting” the 505050, with the average elapsed time of the last 17 days faster than the first 16. Even if I strip out the 17 hour outlier on Day 8, he still is 10 minutes faster on average over the last 16 than the first 16.

In fact, check out the average elapsed time if we break the 33 days in four quarters.

As I mentioned in an earlier post, the slightly more forgiving terrain of the East coast certainly has helped these numbers, but it is is still encouraging to see that James might be able to even get faster over the final 17 days. 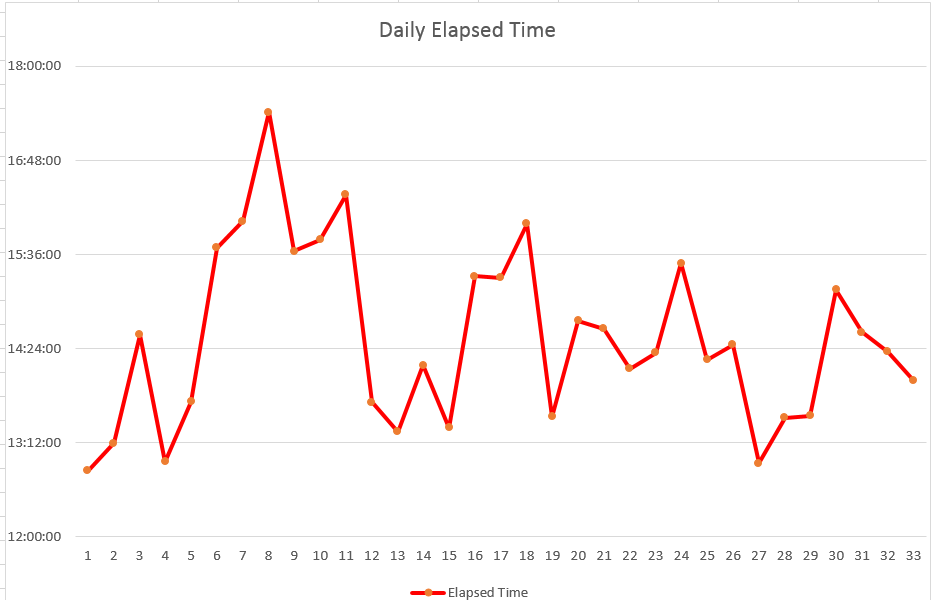 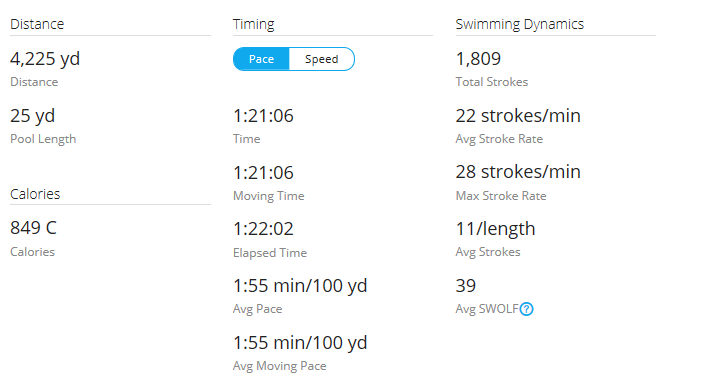 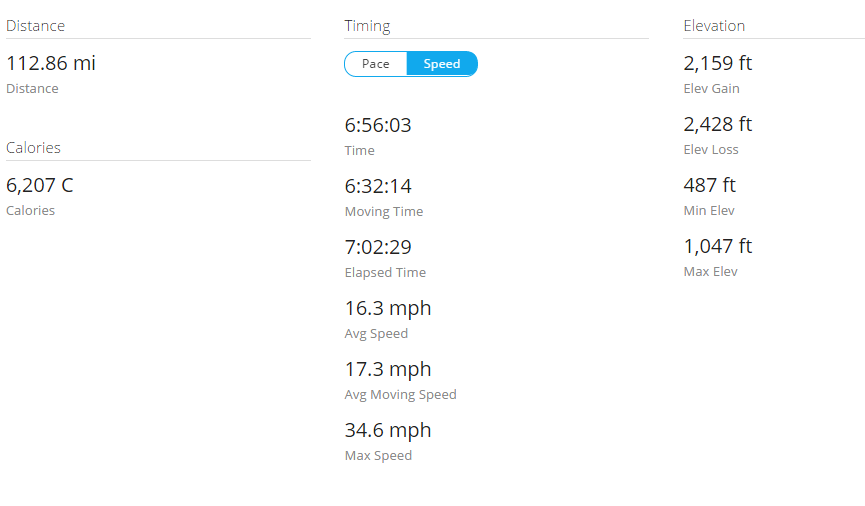 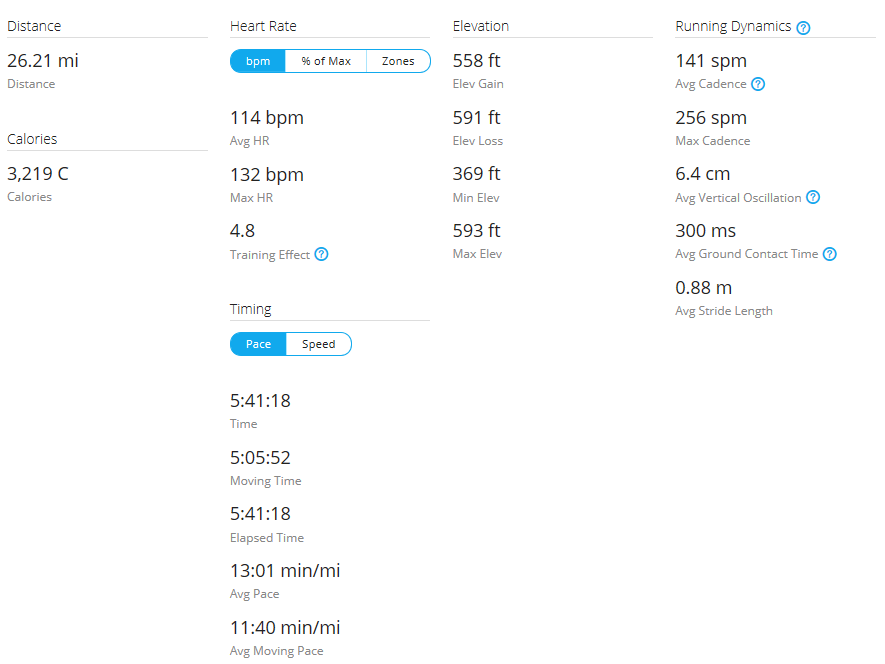 If you are interested in a blog on the Iron Cowboy that is infinitely more interesting than my comments, Tommy Rivers Puzey has been traveling with James since Massachusetts and providing an unbelievable day-to-day commentary. Iron poetry. In his few short posts so far, Tommy provides the best detail on what each day is really like and the challenges James has to overcome.

Olympic medalist Jenny Thompson joins James for the swim today and he pulls of his best (non river) swim time since Day 21. I find this a microcosm of the 505050. We can accomplish more when someone inspires us.

Day 38 will prove to be a challenge. The drive from Pennsylvania to Ohio is long. There has not been a drive that long since Colorado to Kansas a month ago. The driving distances over the last 13 days are as long as the first 10 days.

See how optimistic I am now? I’m just assuming James will make it to Day 38 and already looking ahead. That’s not a given, considering that James reported today was the most exhausted he had felt in weeks.

What a dichotomy today. James goes from one of his best swims on Day 34 to one of his worst on Day 35. The cold, cold water today was brutal. Then he pulls off his best marathon in weeks, and reports the marathon was almost pain free.

Tomorrow James is performing in the NY HITS Ironman for Day 36. I’m concerned about the hills, advertised as 6000+ feet of ascent on the bike. This just seems unnecessary. Six months ago, it seemed like a great idea! Now I hope James will consider making his own flat course should his progress become slow. 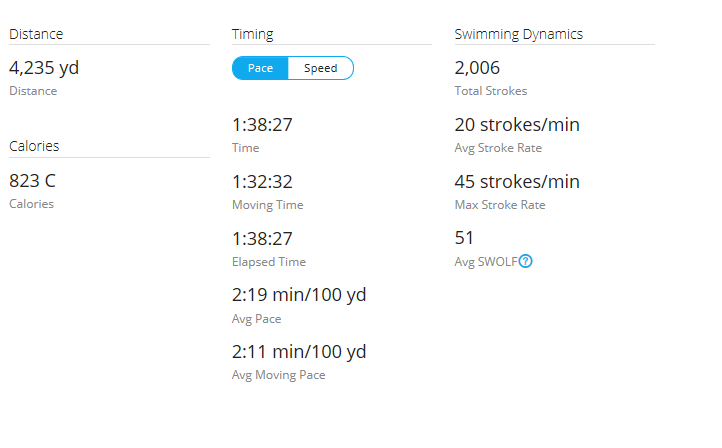 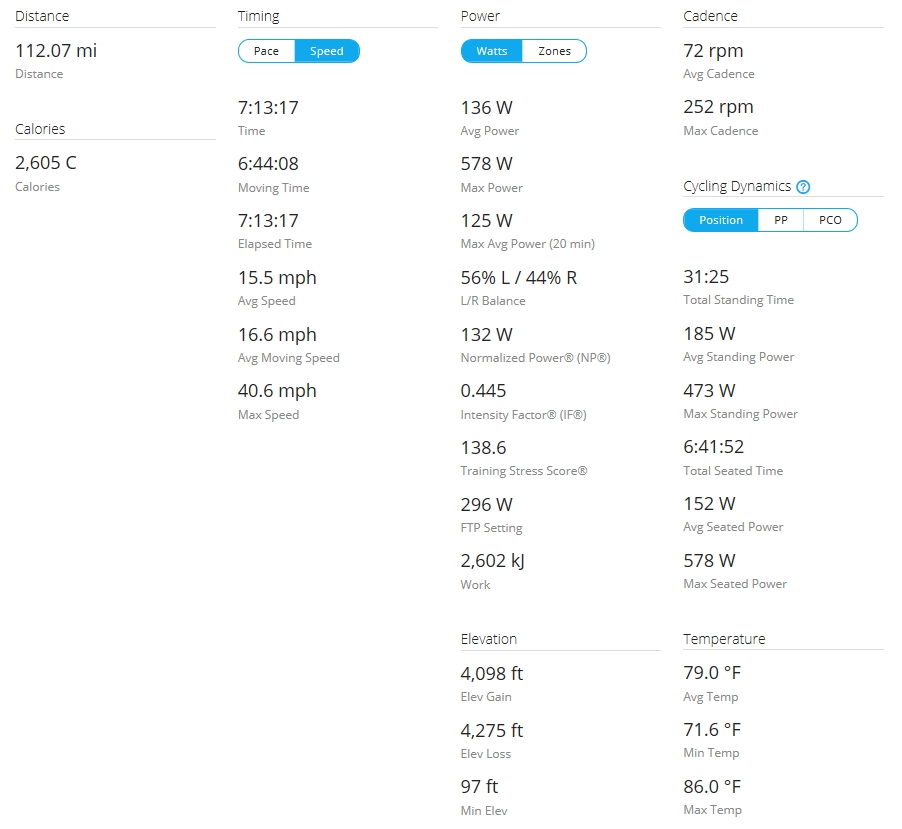 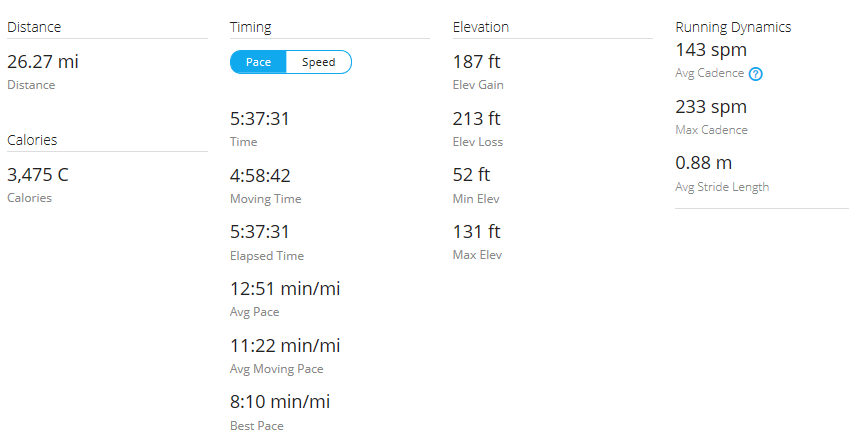 Note: This post has been significantly modified since it was first published on July 12. It included inaccurate information and has been corrected below.

Let me lead with a statement from James:

As part of the 505050, I was pleased to participate in the HITS Kingston, NY Full Triathlon on July 11 as the required triathlon distance for Day 36. After a period on the bike and assessing the course, I concluded that it presented a challenge that would require more time than I had anticipated. I abandoned the official course for a more favorable section and completed the Full distances on the bike and run on my own.

Although this decision was widely understood, I should have immediately and formally requested a removal from the official results. I have since done so with HITS Triathlon, and look forward to returning to a HITS event in the near future.

As James’ coach, this statement should never have been necessary had I specifically reminded him to report directly to the RD if he bailed on the course. As I posted on Day 35, I had concerns about the nature of the course and hoped James would consider doing an easier route should his progress be outrageously slow. At that time I should have specifically said, “and if you do, tell the RD.” Yes, it is ultimately the athlete’s responsibility, but a good coach should set his athlete up for success. James and I did not communicate on Sunday, and I originally and inaccurately posted on this blog what was ultimately not an actual HITS finish.

An RD is in a bind if they are pretty sure someone has cut the course, but unless an official sees it or the athlete self reports they really can’t do much. James assuming the RD (and everyone else) knew was not enough, and I apologize for not doing my job and helping James follow the rules.

James data on his improvised course below. 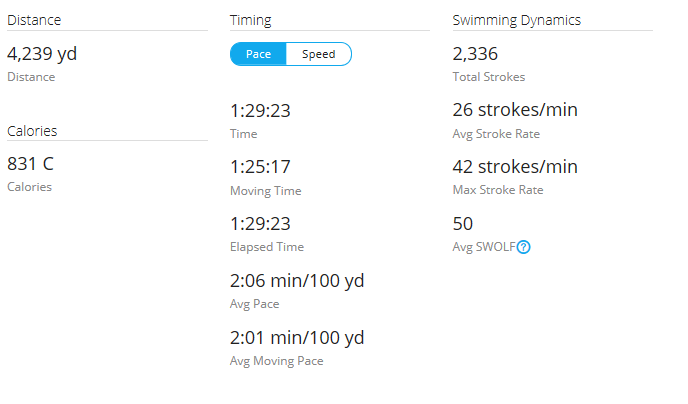 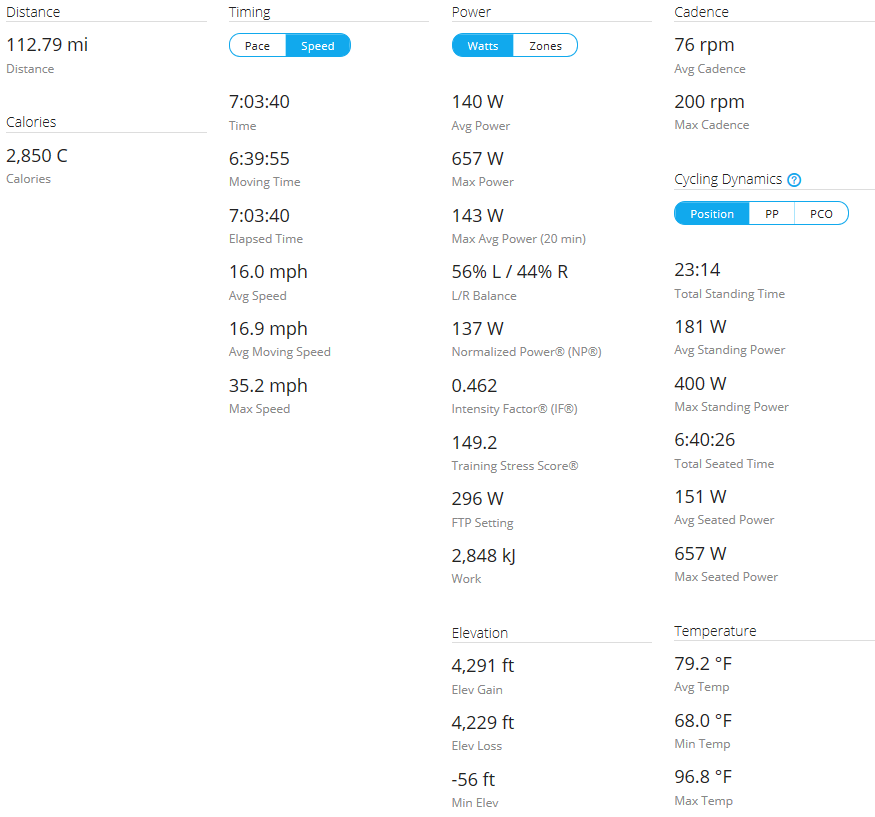